Attractions in South America You Must See - Coastline Travel Group

Attractions in South America You Must See 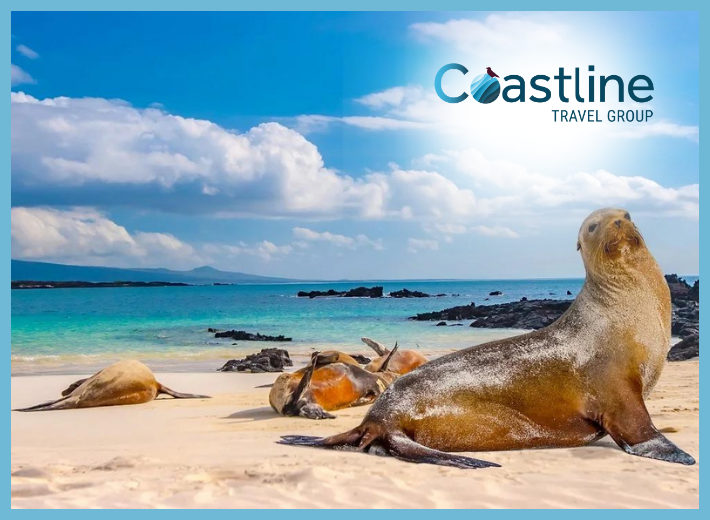 From misty rainforests to ancient archaeological sites, South America is a continent of superlatives: the highest, the driest, the largest, the deepest, and the rarest. It’s your choice where to go, and South America gives you lots of them. Below you can find an overview of the best places to visit. Questions? We have the answers — and can book your trip with every detail managed and every extra and upgrade included — all at no cost to you.

South America is a continent of contrasting landscapes, featuring the highest, the driest, the largest, the deepest, the rarest, and more… If planning a vacation to South America, below please find our compilation of 10 of the most incredible attractions worth considering:

Machu Picchu is one of the most intriguing destinations on the planet and arguably the greatest of South America’s tourist attractions. Shrouded by mist and surrounded by lush vegetation and steep escarpments, this abandoned ancient Incan city is perfectly perched 7,000 feet above sea level in the Andes, soaring above the Urubamba Valley below. Constructed in the 1450s, Machu Picchu is thought to have been either a country estate for the emperor or an important place of worship.

The city’s well-preserved buildings include houses, temples, fountains, and baths in addition to agricultural terraces and evidence of an irrigation system. Other incredible structures include the Temple of the Sun, the Astronomical Observatory, and the Intihuatana, which all point to an advanced understanding of the Sun and its planetary influences. Until the American archaeologist Hiram Bingham stumbled upon Machu Picchu in 1911, the abandoned citadel’s existence was a secret known only to peasants living in the region.

Another incredible South American attraction is located at the point where Brazil, Paraguay, and Argentina meet. Here, ten miles before joining the Parana River, the Iguazu River flows over the rough ground within the forest, before dramatically hurling itself into a semicircular chain of 247 irregular waterfalls that thunder down into the gorge below.

Just above the falls, the river is bottlenecked to a quarter of its usual breadth, making the force of the water even stronger. Some of the cascades are more than 330 feet high and they extend nearly 1.85 miles, so you’ll never see all of them at once. The power, noise, and presence of the Iguazu falls can be felt from both the Argentinean and Brazilian sides. The two sides offer different perspectives and views, so it’s a good idea to plan to see both.

Located in the Pacific Ocean about 600 miles off the coast of Ecuador, the wonderful, isolated Galapagos Islands are a volcanic archipelago of 13 major islands, six smaller islands, and more than 100 islets. A cruise to the various islands of the Galapagos is a naturalist’s dream, filled with a diverse array of plant and animal life unique in the world. The creatures that call the islands home act as if humans are nothing more than slightly annoying paparazzi.

The exotic flora and fauna include giant cacti, finches, flightless cormorants, and the famed giant tortoise, whose average lifespan of 100 years makes it the longest living vertebrate on earth. Inquisitive sea lions and spiky marine iguanas breach and bask between island and shore, while friendly hammerhead sharks patrol the depths and blue-footed boobies cut through the sky. The Galapagos marine animals include more than 2,900 species, 25% percent of which are endemic; among the most notable of these are the Galapagos penguins (the only penguin species native to the Northern Hemisphere), Galapagos sea lions, marine iguanas, whales, and whale sharks.

Sugarloaf Mountain is Brazil’s famous quartz and granite peak, which overlooks Guanabara Bay. It juts out of a tree-covered promontory, rising nearly 1300 feet above the beaches and city of Rio de Janeiro. Its summit offers jaw-dropping birds-eye views of Rio and the harbor, together with the thrill of riding in a cable car. The first leg of the trip is from Avenida Pasteur in Praia Vermelha, the Red Beach District, which takes you to the top of Urca Mountain. The ride gives you the first aerial view of Copacabana, the Christ statue, Niteroi Bridge, and Guanabara Bay. The second cable car takes you from Urca to the top of Sugarloaf with an amazing 360-degree view of the region. 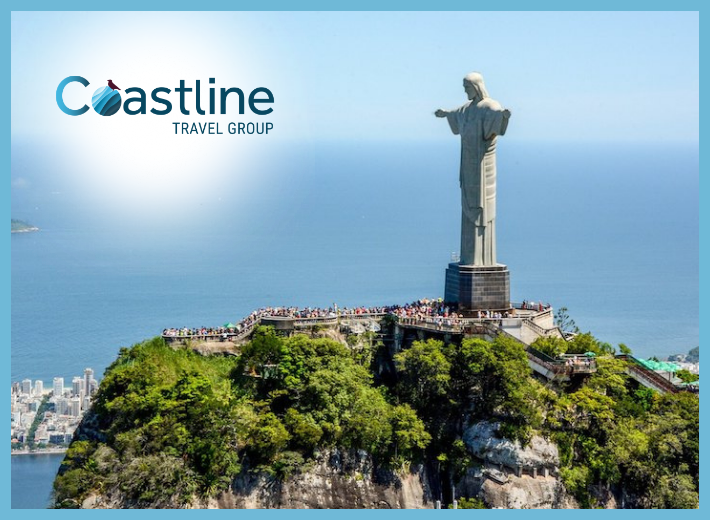 A vacation to Brazil must include its most iconic monument and Rio’s most visited attraction, the statue of Christ the Redeemer was completed in 1931. Although it is a Christian monument, it is accepted in the world as a universal symbol of peace. The statue stands 98 feet tall, with horizontally outstretched arms spanning 92 feet; it has become emblematic of both the city of Rio de Janeiro and the whole nation of Brazil and is the largest Art Deco-style sculpture in the world as well as being named one of the New Seven Wonders of the World.

It provides magnificent views over Rio de Janeiro and the bay from the summit of Corcovado, 2310 feet above the city. The area on which it stands is part of the Tijuca National Park, and a rack railway climbs two miles to a broad plaza at the top. A mid-point stop on the railway leads to trails through the Tijuca National Park, replete with springs, waterfalls, and a wide variety of tropical birds, butterflies, and plants.

Unparalleled in scale, complexity, and diversity, the Amazon Rainforest is the largest tropical forest on Earth, with the highest density of plant and animal species anywhere. Sixty percent of the rainforest is located in Brazil with sizable chunks in Peru and Columbia, and smaller shares in Bolivia, Ecuador, Venezuela, Guyana, Suriname, and French Guiana. Made up of a mosaic of ecosystems and vegetation types including rainforests, seasonal forests, deciduous forests, flooded forests, and savannas, the Amazon has an incredibly rich ecosystem – there are around 40,000 plant species, 1,300 bird species, 3,000 types of fish, 430 mammals, a whopping 2.5 million different insects, as well as other forms of life, many still unrecorded by science. There are but a few of the reasons a tour of the Amazon Rainforest should be part of a South American itinerary.

Located in the southernmost tip of South America, Patagonia is a territory shared by the countries of Chile and Argentina. It covers an area of around 300,000 square miles including some islands of Argentine Antarctica and South Atlantic, as well as the popular territory of Tierra del Fuego. The striking scenery of Patagonia is the result of major glaciological and geological transformations that took place in the region millions of years ago, creating mountains and countless valleys, carved by fjords, rivers, and lakes, and capped by glistening glaciers. Patagonia is one of the most uninhabited areas of our planet and home to an incredible variety of wildlife and plant life, many of which are endemic to the region. Some of the highlights include Torres del Paine National Park, Los Glaciares National Park, Valdes Peninsula, and Bariloche.

There are countless reasons to visit Peru’s colorful city of Cusco, located in the Southern Sierras, and once the heart of the Incan empire. Today, it holds the title of the archaeological capital of the Americas. Its ruins are prime examples of exceptional Incan engineering. Star attractions include the Temple of the Sun, the Cusco Cathedral, and the impressive fortress of Sacsayhuaman, which is an ancient engineering marvel because of its accurate alignment with annual solstices and its ability to withstand earthquakes. The heart of the city is the main square, the Plaza de Armas, which is surrounded by restaurants, cafes, and churches. San Pedro Market is nearby with vendors selling Quechua handicrafts. The city is the center of Quechua culture in the Andes, and its mountains are etched with trekking routes and hot springs.

Located more than 2,000 miles from central Chile, Rapa Nui or Easter Island continues to be one of the world’s greatest mysteries. It is the most isolated inhabited island on the planet, and this remoteness has helped preserve its 1,500-year-old enigmatic assembly of volcanic rock sculptures, which are known as “moai” and characterized by giant, gaunt, hollow-eyed, faces. A total of 887 of these statues, created by the island’s early Rapa Nui population, have been identified, with most of them now protected by Rapa Nui National Park.

The most impressive collection is at Ahu Tongariki, where 15 of them have been re-erected on the island’s largest Moai platform, or “ahu.”

Lake Titicaca, South America’s largest lake, is the highest navigable body of water in the world. It has an impressive elevation of over 12,500 feet above sea level. Key attractions include the Uros ‘Floating Islands’ which are man-made islands constructed from totora reeds.

Booking your next trip through Coastline Travel Group takes the headache and worry out of exploring the world and spending quality time with your loved ones. We are a leader in luxury travel with exclusive travel offers that you cannot get on your own! Call us today at 714.621.1040, or find us on our Facebook page here.

Check out our amazing advisors Lesley Egbert and J

Happy New Year! We hope you have a year filled wit

Starting off 2023 with exciting news, our partners

May this holiday season fill your life with light,

Happy Holidays from Coastline Travel Group! May yo

With an exclusive partnership with Project Hemisph