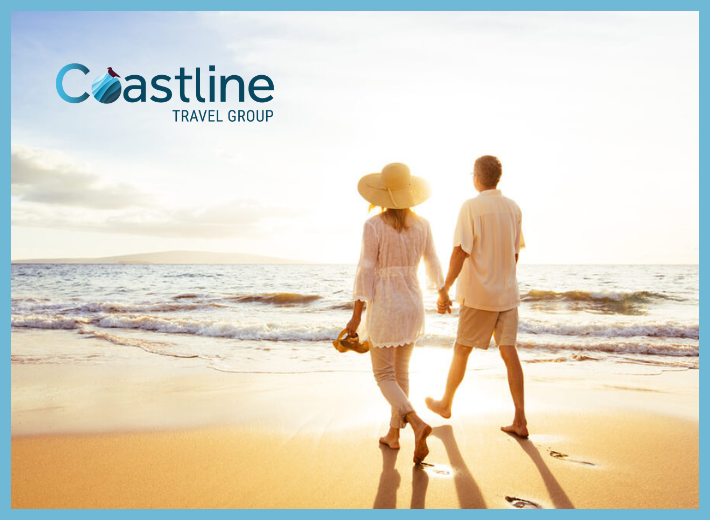 A romantic getaway with your partner is almost always a good idea. Sure, romance may make you think of smooching under the Eiffel Tower, but don’t let your imagination stop at Paris. You love birds can turn any getaway into a spicy one. Check out this brilliant selection - and then connect with us so we can make it happen for you, with every possible perk and upgrade included.

One of the best parts of being in a relationship is having a built-in travel buddy, and one of the best parts of traveling with that built-in buddy is getting unobstructed one-on-one time while exploring different parts of the world. Whether domestic or international, a trip with your significant other almost always guarantees sharing exciting experiences and learning something new about each other, like that your girlfriend gets a rush from cliff diving or your boyfriend can make friends with anyone despite only being able to say one phrase in the local language.

It's easy to uncover sides of your partner, and maybe even yourself, you haven't seen before when you're having many first-time experiences together. Plus, travel allows couples to access a different kind of closeness than that of regular daily life.

When deciding where to venture with your significant other, you'll want to consider which components of a romantic getaway matter most to you, from interesting sites and adventurous activities to intimate settings and stunning views. Couples looking for a chance to fully unwind together might choose a beach vacation or spa weekend in a beautiful destination, while those searching for that once-in-a-lifetime experience may want to finally book that African safari or a trip to seek out the northern lights. Foodie couples will want to eat their way through Paris's fine restaurants or sip through scenic Portugal, while active travelers might prefer a ski trip or snorkeling in the Great Barrier Reef.

Whatever your travel style, here are 25 of the best couple vacations.

Bali, aka the "Island of the Gods," is a versatile haven with something to offer every type of couple. If your version of romance is hiking through lush greenery, monkey forests, and rolling rice paddies, you're in luck. If you think romance is dancing to DJ sets and light shows until the wee hours of morning, Bali is also known for its nightlife scene. And if you're all about beaches, the island's bevy of beaches range from white-sanded shores on the south coast to the more unexpected black sand you'll see on the northern and western coasts.

In addition to the historic temples and shrines Bali is known for, the island is also home to high-end resorts, yoga classes, spas, and Australian-influenced cafes.

Santorini is a cloud-like oasis that envelops travelers in an ethereal fantasy, so it's no surprise it's a popular choice among newlyweds looking for a picture-perfect honeymoon destination. The romance of the island pretty much sells itself; wandering the hilly, weathered streets, you're surrounded by bright white walls and blue roofs, and in the evenings you have front-row seats to incredible sunsets. Once the sun is down, the city lights up and the houses, churches, and restaurants glow like stars.

Aside from traveling to Tanzania to hike the intimidating Mount Kilimanjaro, many visit the country because of the incredible wildlife conservation sites and national parks. Going on safari allows you and your significant other to share some firsts: the first time you see a lion, the first time you drive across the African plains dotted with baobab trees, the first time you meet someone from a local tribe. You'll definitely want to visit Ngorongoro Crater, the world's largest inactive and intact volcanic caldera. The bowl-like shape makes a natural border for the animals, boosting the chances safari goers will be able to spot all of the Big Five — lion, cheetah, rhino, elephant, and buffalo — during a tour. Serengeti National Park is another popular safari destination because of the area's mass seasonal migrations of wildebeest and zebra, large lion population, and diversity of habitats and animals.

Two core pillars of many romantic vacations are intimate settings and exciting experiences, and Tulum has a lot of both. You can rotate between lounging out on tropical beaches, snorkeling at the nearby "aquatic theme park," Xel-Ha Park, swimming in a natural sinkhole (or cenote), and touring the Mayan ruins, which make up one of the most intact sites of their kind. After a day packed with leisure, adventure, or both, the cherry on top will be a drink at a bar that feels more like a jungle.

A great way to bond as a couple is by getting active, and skiing on Whistler and Blackcomb mountains is great for both veteran and beginner skiers alike. You can take on the mountains, with numerous trails of varying intensity, enjoy an overhead view of the snow-capped trees from sprawling gondolas, break for lunch at the mid-mountain lodge, and top off the day with an après ski at one of the slope-side bars. If one day of skiing leaves you with wobbly legs and your fill of downhill action, there's a lot more action at the base of the peaks. Whistler Village is a lively, pedestrian-only hub of bars, shops, and restaurants. The little winter wonderland is as charming as the inside of a snow globe, and what's better for a romantic getaway than that? 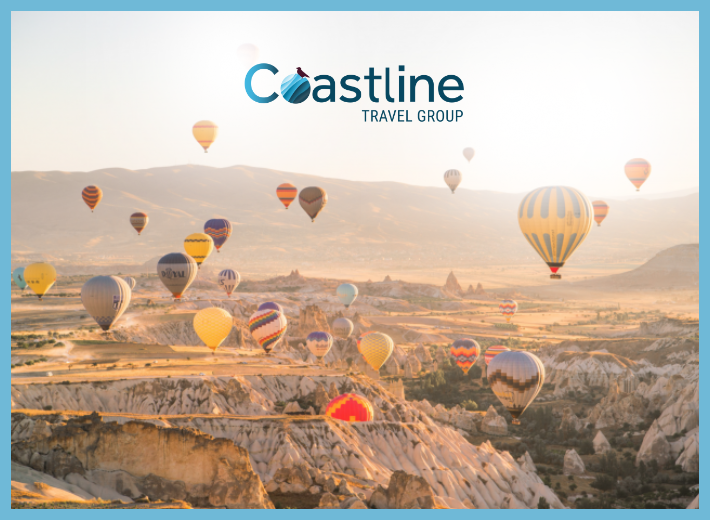 For a fairy-tale vacation, there's nothing more fitting than a landscape dotted with literal "fairy chimneys." In addition to fairy chimneys, which are tall, thin rock cones dotting the rock sites of Cappadocia, cave churches, underground cities, and homes carved into rocks create a whimsical aura usually reserved for the fictional realm. Floating high above the rocky terrain in a brightly-designed hot air balloon, you'll feel like characters wandering the pages of a Dr. Seuss book or like astronauts discovering a civilization on the moon — either way, the other-worldly experience will have you recapturing childlike wonder and awe together.

Most clichés became clichés for a reason, and so is the case with Paris' romantic reputation. Looking at pictures of couples in the City of Light, you can practically see the cartoon hearts in their eyes as they embrace in front of the Eiffel Tower. Paris and romance go together like Valentine's Day and chocolate, anniversary dinners and candlelit bistros, marriage proposals and world-famous landmarks… all of which Paris is not-so-coincidentally known for having.

While not as romanticized for cherry-blossomed strolls as its nearby neighbor, Kyoto, Hakone is a day trip away from Tokyo that offers an intimate escape from city travel in the most relaxing way possible: hot springs resorts. Aside from relaxing in onsen (hot springs) at a traditional ryokan (Japanese inn), you can take advantage of the natural sites, like Lake Ashi and the volcano Mount Fuji, or tour the fire-engine red Hakone Shrine and the open-air sculpture museum. The many transportation options also seem more like mini adventures than a straightforward means of travel, from boats and cable cars to rolling train routes through the mountains.

If you've ever considered stargazing a romantic experience, northern Norway really ups the ante with its unbelievable events in the sky. The region, which covers about one-third of Norway, is considered a top destination to see the northern lights from autumn to mid-April, while from May to July, the sun is still visible late at night in a phenomenon called the "midnight sun." Venture even farther north — if you dare — to Svalbard, the northernmost inhabited region of Europe, to experience 24-hour daylight between April and August. On the opposite end of the light spectrum, Svalbard's January and February months have "polar nights," when night lasts for around 24 hours, making the aurora borealis particularly visible.

If you do decide to take this trip together, beware: Looking up at the stars in your backyard won't be quite so romantic anymore.

Porto is a waterfront merchant city that transports you to an earlier time with its cobblestoned streets, baroque churches, and prevalence of family-owned businesses and port factories, the region's most famous export. In the nearby Duoro Valley, you can visit the vineyards where the wine has been produced for 2,000 years, sample the wine, and participate in some harvesting practices like stomping on the grapes. In a city infused with the culture of wine making and drinking, you and your significant other can get tipsy on the energy alone.

Known for its natural and architectural beauty, the Amalfi Coast is a prime choice for a romantic Mediterranean getaway. Travelers bask in the natural scenery, hike through small villages with picturesque sea views, and visit famous sites like the "Emerald Grotto" (Grotta dello Smeraldo), medieval churches, gardens, and museums. When you need some quiet time for just the two of you, there are a number of secluded hotels that offer oceanfront views and luxurious amenities.

2023 can start with the best memories. Make the most of your next vacation and have an unforgettable experience! Coastline Travel Group can help you plan the perfect trip! Ready to go? Call us today at 714.621.1040, or find us on our Facebook page.

Check out our amazing advisors Lesley Egbert and J

Happy New Year! We hope you have a year filled wit

Starting off 2023 with exciting news, our partners

May this holiday season fill your life with light,

Happy Holidays from Coastline Travel Group! May yo

With an exclusive partnership with Project Hemisph